On Saturday morning, I drove an hour to help my friend Ash move into his new unit. He has been looking forward to this unit for a while and I was so excited to check it out. We’ve been friends for almost 5 years now and are in touch quite regularly. Through the years, Ash has had a big part to play in 300 Blankets.  He has helped to distribute blankets and even helped in the 300 Blankets Breaking Down Barriers project with RMIT last year.

The first time I met him, we connected over a meal in the city and I was captivated by his attitude to life.  For as long as I remember, he has sent me a message to wish me a happy weekend, every weekend – except when I was recently on my honeymoon. Not many of my friends whom I have known for much longer do that.

Each week we catch up, he would tell me about his day. Like anyone I know, he would have good days and bad days. But somehow he always manages to crack a few jokes and remind me that ultimately, life is good. Ash lived by the motto that we should cherish each day, and even if things aren’t so good, that there is always hope for a better tomorrow.

For too many cruel winters to count, Ash has endured many illnesses which resulted in him being admitted to hospital. If it wasn’t the cold, it was the sleepless nights, or a combination of both that added to making his life difficult. He would tell me he made arrangements with the grounds keeper so that when people came up to abuse him, he would run to the grounds keeper’s cottage for protection. When the rain would get too harsh and the chill too cold, he would dash into the hospital across the street for a quick nap and shelter. The nurses in the emergency room are wonderful people. But whenever he was well enough, Ash would ask me for blankets to give to a few people whom he knew were sleeping rough. Sleeping rough is tough. I know all of this because I spent a few moments every week talking with him. Our friendship was one of the few positive elements in his life.

In four years, I followed Ash’s long and arduous journey – moving from sleeping rough to temporary accommodation, then back to sleeping rough, and now to a permanent unit. Sometimes hearing about what he had been through made it hard to swallow. But just being there to offer emotional support and the occasional hug made a difference for him.

On Saturday we celebrated. We had so many reasons to. To make his new house a home, I ran a small Gofundme campaign to help him buy home essentials. In his previous life, he didn’t need a vacuum cleaner and plastic disposable cutlery was sufficient. Together with generous contributions to the campaign, a donated fridge, and basic homewares given by Myer, we filled his home. Ash’s incredible attitude to life, even against the odds, is a lesson to all of us, and this was the least I could do for him.

Homelessness should never define a person. It is something we as a community have to eradicate. Before homelessness is solved, we all have the power to reach out and make a difference. If we could each make a difference to even just one person, what a wonderful world this could be. 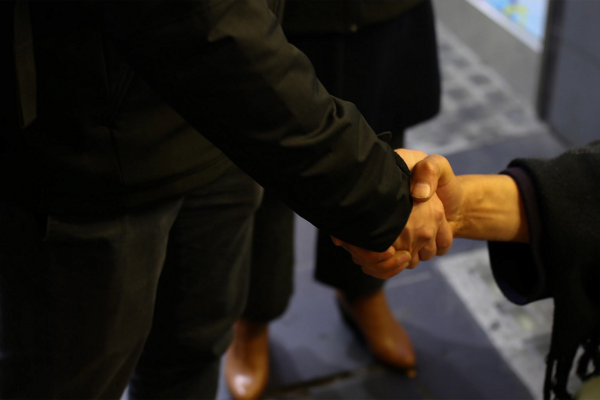